Awakening within the Dream

4 – Awakening and dancing the dream

5 – The collective dream of our planet

What does it mean to be awake in the dream? With our consciousness we tune in to different layers within ourselves and the reality around us. The dreaming plays a key role in building a bridge between our subconscious and consciousness, and in cleaning up our mental and energetic system. We usually dream during the night and unconsciously, but there are techniques to dream consciously and develop mastery of the dream world. Join me in exploring as to why that is useful for both your personal life and the collective life on our planet. 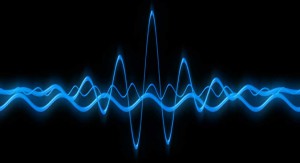 Among the Australian Aborigines, but also in philosophies such as Buddhism for example, it is believed that we dream up our reality. The dream is an often-used metaphor in spiritual circles. It is said that higher consciousness is achieved by “waking up from the dream.” But do we want to wake up? It is my experience that, to have fulfilling spiritual experiences, and to allow life to unfold according to the waves of magic synchronicity, requires some form of dreaming.

It is too easy to assume that waking is better than dreaming, or vice versa. It is about the relationship between the two, and about the choices you make at any time. It is about the barrier, the synapse, between sleeping and waking. There is a kind of twilight zone that we all know, just before you fall asleep, in which a stream of images and impressions unfold, things reveal themselves to you, that you can still, just about, perceive consciously.

Let’s take a look at what it means to sleep, to dream, or to be awake, and what the position and value of trance is in all of this? Let’s take a trip into the science and understanding of the working brain, brain waves and levels of consciousness.