Awakening within the Dream – page 2

4 – Awakening and dancing the dream

5 – The collective dream of our planet 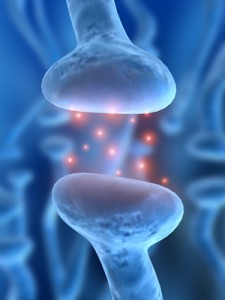 Hundreds of billions of brain cells in your head are all connected with tens to hundreds of other brain cells. Signals are sent out by small electrical currents, which are transmitted on the contact level between two brain cells (synapse) in chemical form, and then continue running in electric form. The sum of all those billions of transmissions emits an electromagnetic signal.

In 1924, the German doctor Hans Berger discovered that this signal can be measured, and that brain waves increase or decrease in frequency, depending on the state of consciousness a person is in. These frequencies have been classified into four categories. During daytime our consciousness moves about 4 Hz in the bandwidth from alpha via theta to delta, and back again to alpha. Beta waves are the exception and reach peaks of up to an amazing 40 Hz!

The brains of infants produce mainly theta waves. From the age of five, it changes into alpha waves with some beta, and subsequently mainly beta with some alpha waves. The general scientific consensus is that this increase in frequency, is part of normal development, but some consider the beta frequency to be abnormal. If, during the process of adjusting/developing/growing up in society, inner tension increases, one gradually suppresses emotions; resulting in an increase of beta waves. During nighttime, when there is a transition of these, to slower waves, suppressed emotions come to the surface in order to be processed in our dreams. Whether or not we are talking about a natural development, or a collective malfunctioning of our society, it is generally agreed, that adapting to the outside world, causes an increase in beta-frequencies. Due to the fact that there is a lot of competition in our surroundings, such as collisions of egos, increasingly more beta waves are produced, which point to a state of ’emergency’ and ‘survival’.

Now I would like to take you to the area between the layers alpha and delta: