The World is a Song 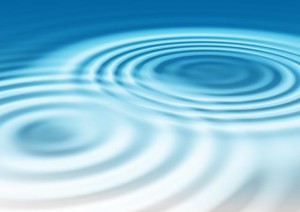 Sound is the source of creation. Similar to the ‘Big Bang’ story that is told by our scientists, there are many creation myths telling us how the universe came into being from a first vibration, oscillation or sound. From there on, everything has evolved, various vibrations started to resonate with one another, and the universe continued to evolve like play of rhythms and melodies … like a a song that shapes our existence.

From galaxies to atoms, everything has its own vibration, and all elements of existence resonate with one another. A stone feels firm and motionless but that is just an illusion. The world surrounding us, is in fact a kaleidoscopic pattern of continuous motion. It is a kind of hologram, in which things have their own vibrations, streams of information, that manifest themselves as objects in space.

For scientists involved in quantum research this is recent knowledge. For shamans of various traditions, this is ancient knowledge, that has been passed on by their ancestors for centuries. 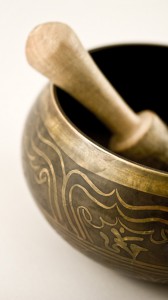 For generations shamans from all corners of the world, have made ripples in the universe by producing vocal and instrumental vibrations. Every sound that is made, resonates with all things in its vicinity, and therefore has an impact on everything around us.

The fact that sound has an effect on you, can easily be felt. Some sounds are soothing, calming or relaxing, others are uplifting, disturbing – even irritating; but sound always has an impact on our body and our consciousness. When you feel sad and you put on some music that resonates with that feeling, you create a space in which this feeling can be lived. Of course this also works in the opposite direction. Consciously or unconsciously, we often use sounds to deepen or change our mood.

In our culture there are things that originally were sacred to us. But for some time now, dance and music have been mainly recreational activities. This, despite the fact that sound has the potential to generate deep spiritual and religious experiences and can contribute to healing. Not surprisingly sound and music were originally basic elements in our rituals, and Celtic bards, for instance, were highly regarded.

The healing power of sound and music is increasingly applied by many in a very conscious way. For instance, some surgeons insist on specific music during surgery and many hospitals nowadays use music as a means of pain relief. 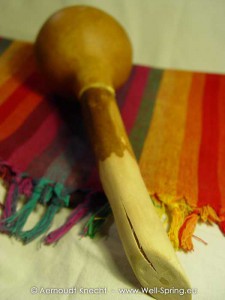 The consciousness of the modern man is often in the past as well as in the future. We remember something, look ahead, make plans, etc. Therefore we are hardly ever present in the here and now, and often have very little contact with how our body feels right now. Sound can help us to restore contact with ‘felt presence of the moment’. A trauma that you might have suffered in the past, that resulted in emotions suppressed over years, can be released and transformed by simple vibrations of sound in the here and now.

An experience with sound is a direct experience of Mystery. Sound can bring you to great heights and endless depths, and has the ability to expand your consciousness beyond the boundaries of the ordinary. Through sound you can get in touch with possibilities and talents that lie hidden within you.

Working with sound is very accessible and easy. You can already start with your own voice. Sing, whistle or hum just a few short melodies and feel what it does to you. Apart from that, there are many simple instruments available that produce magical sounds that require little or no technical knowledge or skill. Bells, rattles, singing bowls, … and shamanic drums are some good examples.

Just try out a few things and don’t worry; the most important thing is not your choice of instrument, or how well you master playing it, but your intention. All forms of healing and transformation start with an intention, and if the intention is clear and wholesome, the effect of the sound will be clear and wholesome.

first posted in Dutch on www.trancedans.net in 2009